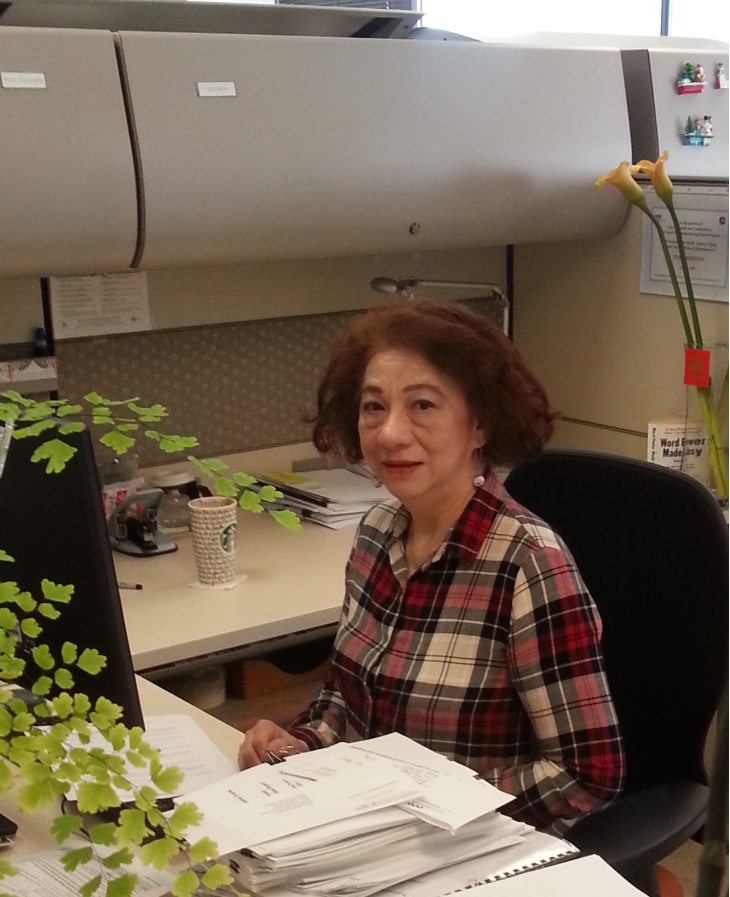 This story is from a current enrollee in NAPCA programs in Seattle, WA.

Hoa Johnston was born and grew up in Nha Trang, which is a city on the south central coast of Viet Nam.  She went to university in Saigon.  Because her father was in the military, and her sister was a nurse taking care of soldiers for the South Vietnamese government, both spent time in re-education camps.  Hoa got married to a Chinese architect, whose family’s business was import and export trading.  After the Viet Nam ware was over, his family escaped Viet Nam through China to Hong Kong to be with relatives there.  They escaped separately to avoid being caught together if their plans failed. Hoa, her husband, and his mother, were last to leave, and were caught on a train to Hanoi and put in prison.  Hoa was released first, after one year.

When they were all released, they were sponsored by his siblings who had made it to Texas.  They went to Thailand for a month for processing immigrant documents.  His mother went to USA from Thailand, and Hoa, her husband, and her daughter went to the Philippines for six months, to pre-orient themselves to life in the US.  There they learned that they shouldn’t be surprised if they weren’t entirely welcomed by some people, and they learned how to operate American household tools and machines.  They arrived in Seattle in 1989 and have lived there ever since.  With support from the family, the government, and church organizations, they survived.

Hoa took English classes at Seattle Central Community College, then took classes in business administration, and got a job at a family law office.  Her husband couldn’t find anything quickly in his field, so he worked for King County social services with youth.  During that time, she and her husband quickly got their US citizenship.  After her husband narrowly missed being shot by a stray bullet from the apartment above them, their goal was to buy a house, which they did within three years.  Sadly, her husband died within a few years of pancreatic cancer, and Hoa took on two more jobs to ensure that her daughter could finish school, while keeping their home.

While working at the UW, Hoa met a software developer who had transferred from Tacoma.  They eventually married, and bought a home in a rural area outside of Seattle, where she has a garden, and raises (and learned a lot about) chickens and rabbits.  Hoa went back to school and graduated with accounting degree.

Hoa says it was frustrating looking for work, because her resume showed a lot of excellent work experiences, but as soon as she was interviewed, she knew the employers didn’t want to take a chance on an older worker.  She found a job posting by NAPCA for a position in the Senior Environmental Employment program, and it sounded like a great opportunity for steady income, to keep busy, and to have health insurance.  She was soon hired to do support work at the Environmental Protection Agency.

Hoa will be going home soon to visit family in Nha Trang.  She remembers her father driving her and her siblings down to the shore, so they could play on the sand.  She says she misses the beach, the sunshine, and the smell of salty air!  Someday soon, Hoa would like to take a writing class, and start writing her memoirs of her many life experiences.  She says that America really is the land of opportunity, and immigrants can hope and dream, and believe in the possibilities.  With hard work, anyone can reach their goals, and be rewarded for their focus and effort.  She feels lucky to have the support of so many people, and NAPCA and the SEE program have been a big contributor to her happiness and well-being.

As we continue to celebrate 40 years of service, we will share more stories from our seniors, please click here to read more stories. You can also support more seniors like Hoa and click here to donate now to support the continuing mission of NAPCA.