Back to Leadership
Back to Our Team 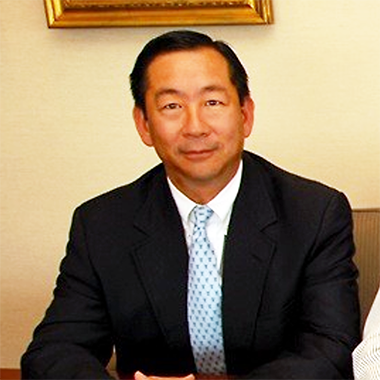 David L. Kim is the President and CEO of The National Asian Pacific Center on Aging, the nations only nonprofit dedicated to promoting the dignity and well-being of Asian Americans.

Prior to joining NAPCA, Kim was President and CEO of The IAMBIC Group, LLC a marketing and public affairs consulting firm based in the Washington, DC area.  He created and facilitated the implementation of reputation management, multicultural marketing, strategic communications and community relations strategies for Fortune 500 companies, government agencies, non-profit and international organizations.

Prior to rejoining The IAMBIC Group, Kim was Vice President, Multicultural Markets and Engagements at AARP where he developed and managed the first ever integrated marketing strategy that generated an increase in lifetime and multi-year memberships among Asian members that was the highest of all multicultural groups combined. He also was responsible for generating new records of attendance of Asian AARP members to the annual conventions during his tenure and arranged performances by Hiroshima at the 2011 convention in Los Angeles.

Serving under President George W. Bush when he was recruited to be appointed Chief of Staff at the United States Mint, Kim provided confidential counsel to the Mint Director on all strategic planning and policies of the Mint while overseeing Legislative Affairs and Public Relations for the Mint.  Kim also developed and managed the execution of marketing plans that increased the brand awareness and sales of precious metal coins in new markets. Gold coins specifically marketed to Asian consumers in the US sold out within a year. In 2008, he received the Citation Medal for Exemplary Service from Secretary of Treasury Henry M. Paulson, Jr.  The Mint was the only American entity to receive the Global REBRAND Award of the year which recognized the Mint’s first ever brand identity campaign – “Connecting America through Coins” that was initiated and managed under his direction.

Kim previously was global Director of Asian Marketing and Community Relations at Anheuser-Busch Companies in St. Louis. During his 15-yr career at Anheuser-Busch, he worked with over 100 wholesalers in the largest US beer volume sales markets – California, Texas, Florida, Illinois, representing 90% of total A-B volume, as well as with the 3 largest A-B breweries (Los Angeles, Newark and St. Louis).  Reporting directly to the Vice President of Sales as well as the Vice President of Corporate Relations, Kim was responsible for managing and growing sales in the 4th largest retail channel, worth over $250 million annually. At the same time, he developed relationships with over 600 Asian, Hispanic and Black community-based organizations as part of managing Anheuser-Busch’s corporate and community outreach, Asian and Hispanic consumer and retail marketing and philanthropic efforts.

Kim serves on several national corporate and non-profit boards, including the Duke University Libraries Advisory Board.  He also currently serves as the Managing Member of the Multicultural Marketing Advisory Board for Diageo.

He also served as chairman of several boards of Asian American and Pacific Islander community organizations such as the Asian Pacific American Institute for Congressional Studies (APAICS), National Asian Pacific American Center for Aging (NAPCA), Organization of Chinese Americans Business Advisory Council (OCA-BAC) and has served on the boards and advisory boards of other AAPI organizations based in Boston, Chicago, New York, and Los Angeles.

Kim continues to be sought as a speaker and panelist at conferences discussing multicultural marketing, corporate reputation, community relations and aging.

In 2013, at the invitation of the Mayor of Seoul, Kim gave a presentation on “Age-Friendly Businesses in the US: Implications for Korea” at a symposium organized by 50+ Korea and the Seoul Senior Center.

Kim graduated from Duke University with an A.B. in Political Science and attended Columbia University Graduate School of International and Public Affairs.