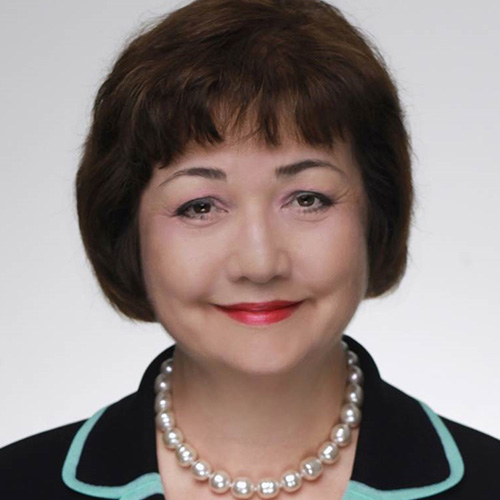 Since 1978, Anna Crosslin has led IISTL, a United Way member agency. Founded in 1919, IISTL provides English classes, job placement, counseling, elderly services, small business development, refugee resettlement, and more to 7,500 immigrants annually. In 2013, 40% of IISTL’s clients were Asian, including Nepalese, Vietnamese, and Afghans. Their subsidiary, the II Community Development Corporation, makes micro-loans up to $35,000 to immigrant entrepreneurs. In the past 15 years, IISTL has helped start or strengthen more than 600 immigrant-owned businesses with a total positive economic impact of more than $160 million.

Ms. Crosslin is the recipient of numerous recognitions and awards, including annual recognition since 2000 in the St. Louis Business Journal’s “Most Influential St. Louisans”, and repeat recognition by the St. Louis Magazine as one of the “50 Most Influential St. Louisans.” She has also been recognized by the Japanese American Citizens League STL, Organization of Chinese Americans STL and is a YWCA Racial Justice Leader. Currently, Ms. Crosslin serves as a gubernatorial appointee to the Missouri Commission on Human Rights.

Ms. Crosslin was born in Tokyo, Japan and is a Japanese-American. Her father was a language specialist in the United States Air Force and her mother was a Japanese National. After the Korean War, they moved to Seattle, Washington, where she was raised. For the past 45 years, she has lived in St. Louis, MO with her husband, Wayne, a retired photo journalist, and daughter Clare, who attends college.