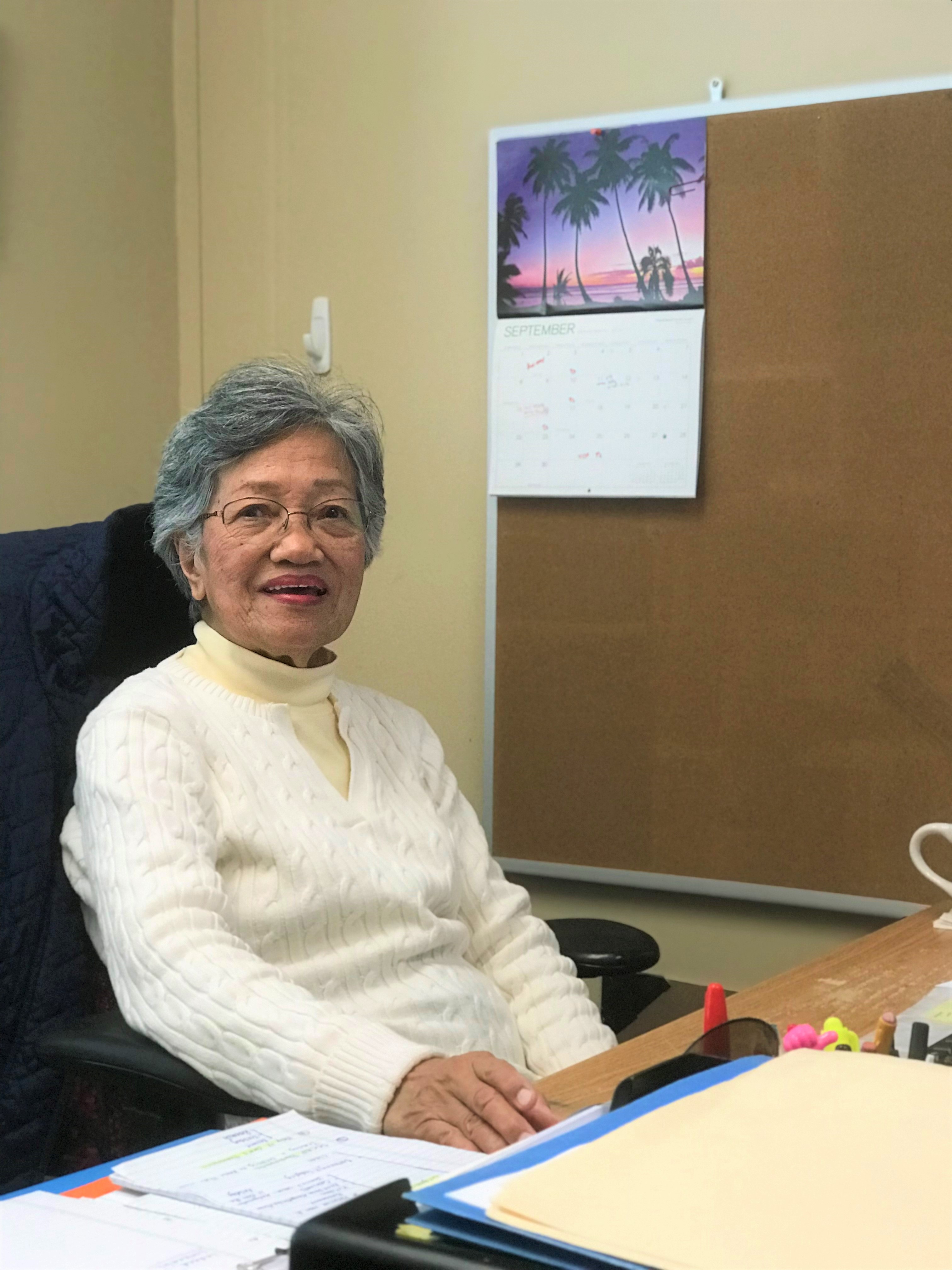 This story appears from our archives of Senior Voices publications. NAPCA first shared Cora’s story in 2009.

I grew up in La Union, a village in the Philippines. Since 18, I started working as a clerk in the government and private sector with my background in secretarial science. I got my four-year degree in business administration in Manila. In 1983, I decided to go to Dubai as a contract worker where I worked as a housekeeping supervisor and also as a food and beverage secretary. It was popular for Filipinos to go aboard to work in the Middle East. In 1985, I moved to the United States because my father was able to petition me. He was a World War II veteran so it was easier for him to get citizenship and petition family members.

When I came to the United States, I had to learn to stand on my own and the first job I got was a sales clerk in the Payless Shoe store. After few years I was employed in another company where I worked for 14 years. In 2003, the company was bought by a competitor and I was one of the thousands of employees who were laid off. I was 60 years old.

In 2004, I found NAPCA through a member of my church. I applied to SCSEP, a program who hires seniors. As a program assistant, I helped the project director with intake/application of SCSEP participants. In 2005, I applied to the administrative assistant position and was lucky to get hired. My job was to take care of SEE program enrollee timesheets, renewals, and the front desk duties. In 2007, Christine Takada, former President and CEO of NAPCA nominated me as a candidate for the Experience Works Prime Time Awards. Thankfully, I was chosen as the Outstanding Older Worker of Washington 2007. I went to Washington DC to accept the award.

Currently, I am working at the NAPCA headquarter office in Seattle as the administrative assistant. I take care of the front desk and train the SCSEP participants assigned in headquarter office. I applaud NAPCA for its great program of giving on the job training for seniors through SCSEP and SEE Program, especially to new immigrants. They learn employable skills so that they live healthier and happier lives.

As we continue to celebrate 40 years of service, we will share more stories from our seniors, please click here to read more stories. You can also support more seniors like Cora and click here to donate now to support the continuing mission of NAPCA.