NAPCA Mourns the Victims of the Atlanta Mass Shootings

“We mourn and grieve the loss of innocent lives, six of whom were Asian women, all taken by the hands of a domestic terrorist who targeted the victims at their place of work, said Joon Bang, President & CEO of NAPCA. Our nation must stop and stand together to fight the racism and misogyny that is corroding the integrity of our society and violently harming our Asian American community.”

In January, with support from the National Institute on Aging of the National Institutes of Health and in partnership with 13 community-based organizations, 9 co-investigators and research analysts, and participation from 5,242 Asian American Pacific Islanders, the COVID-19 Effects on the Mental and Physical Health of Asian Americans & Pacific Islanders Survey Study (COMPASS) revealed staggering COVID-19 related discrimination findings impacting our communities. Just in the past 6 months alone, 3 in 5 Asian American and Pacific Islanders have experienced discrimination based on their race and ethnicity. 59% of those who strongly/somewhat agree that the COVID-19 pandemic is affecting AAPIs believe that the country has become more dangerous for their ethnic group. To learn more, visit the NAPCA website.

Hearing on Discrimination and Violence
Against Asian Americans

The National Asian Pacific Center on Aging (NAPCA) condemns continued hate crimes, racism, and acts of discrimination against Asian American Pacific Islander (AAPI) older adults and issues a call to action for communities across the nation. Our call to action: Legislators and government officials need to hear directly from you. Please call the White House, contact your federal, state, and local elected officials, and tell them that they need to act against hate crimes and acts of discrimination targeting AAPI older adults.

If Americans Don’t Stand Up for Americans Now, Racism and Hate Wins 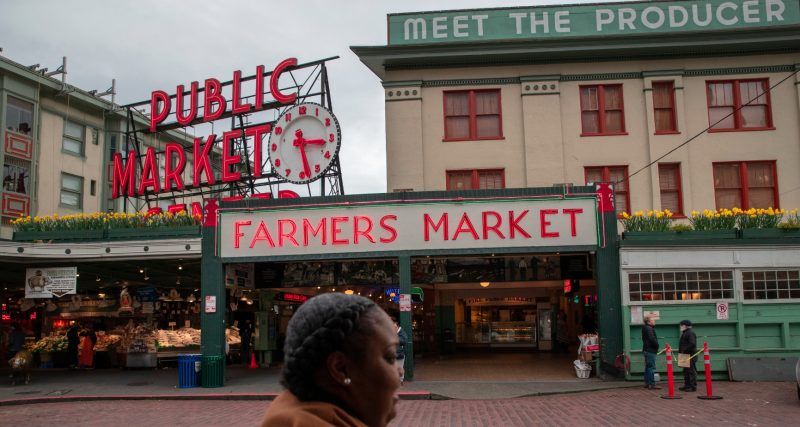 Music used to fill the streets of downtown Seattle. A saxophonist, pianist, drummers, and vocalists could be heard on an afternoon as tourists filled the streets near Pike Market. On a sunny day, hungry diners, curious foodies, and fans of all ages and ethnicities formed long lines to eat at Biscuit Bitch. On some days, you can hear at a distance the stoic sound of the Erhu, the notes caused by the friction of the bow against the strings would bend around the buildings to reach you to let you know of the richness of the diverse cultures that exist among us. If you followed the tune of the Erhu it led you to an elderly Chinese gentleman sitting by himself near 3rd and Pike, a region considered to be the heart of the city. Sometimes he’d look up, offer a gentle smile, then quickly return to his instrument. If you stopped and closed your eyes you can almost feel and catch a glimpse of his life’s journey in the music he played. Seattle felt like a place where everyone belonged.

Today, downtown Seattle is absent of those things and instead is filled with echoes from the hissing of empty busses and the howling of strong winds. This pandemic has opened my eyes to how there will always be something that competes to fill the absence of good.

In February, one of my program managers in the office shared with me that some of our Asian-American Senior Community Employment Program (SCSEP) participants began expressing concerns about the racism they were experiencing because of the virus. I was deeply disturbed to hear that people were channeling their fears and hatred toward our program’s older adults just because they were Asian. Soon, the reports became more frequent and disturbing as violent crimes against Asian American older adults were on the rise throughout the country. It hit home for me personally in subsequent days as I walked down a main street in Seattle when a man pointed at me and another passerby Asian person and gestured an explosion with his hands. When I approached to ask about what was driving his hatred, he turned and walked away. According to an intelligence report compiled by the FBI, hate crimes against Asian Americans will likely surge across the US as a portion of the public associates the COVID-19 with China and Asian Americans. The threat to the safety of Americans of Asian descent has exponentially grown as the president and some elected officials have worked to racialize the virus.

It’s a continuation of the administration’s pattern to weaponize Americans against one another. The data speaks for itself. According to a Brookings Institute article, “…Donald Trump’s support in the 2016 campaign was clearly driven by racism, sexism, and xenophobia. While some observers have explained Trump’s success as a result of economic anxiety, the data demonstrate that anti-immigrant sentiment, racism, and sexism are much more strongly related to support for Trump.”

What is clear is the absence of good leadership this country once relied upon. In 2008, when former President Barack Obama and the late Senator John McCain intensely debated policies and held town halls, we witnessed leadership in the Senator when he shut down xenophobic remarks made against his opponent at his own event. In his farewell letter, he inspired us to not despair of our present difficulties. While we are unable to turn to him for leadership, and until the music fills the streets of Seattle again, we can continue to count on one another and perhaps look to the late Senator’s instructions to fill the areas in our society where there is an absence of good:

“We weaken our greatness when we confuse our patriotism with tribal rivalries that have sown resentment and hatred and violence in all the corners of the globe. We weaken it when we hide behind walls, rather than tear them down, when we doubt the power of our ideals, rather than trust them to be the great force for change they have always been. We are three-hundred-and-twenty-five million opinionated, vociferous individuals. We argue and compete and sometimes even vilify each other in our raucous public debates. But we have always had so much more in common with each other than in disagreement. If only we remember that and give each other the benefit of presumption that we all love our country we will get through these challenging times. We will come through them stronger than before. We always do.”

About the Author: Joon Bang is President & CEO of the National Asian Pacific Center on Aging (NAPCA) and a 2018 Impact-Maker to Watch Award honoree.